You Can Pay It Forward!

Why the OSAP Foundation Was Created

In November 2016, the OSAP Board of Directors recognized the need for a foundation that supports and advances the needs of association professionals and industry thought-leaders in Ohio.

One of the most critical roles that OSAP serves is the development of the best talent in association management for Ohio-based organizations. In addition to providing growth opportunities through ongoing educational events throughout the year, OSAP offers two important leadership development programs: The Shane Yates Aspiring Leadership Institute, named for the late OSAP Executive Director Shane Yates, and the OSAP Association Leadership Summit. While these already serve our association community's future, there is always more OSAP wants to do with these programs through more nationally-recognized speakers and instructors and by expanding the numbers of those who can join the programs.

The Ohio Society of Association Professionals Foundation (OSAPF), a 501(c)3 organization, was established in January 2017 in part to provide ever greater resources to sustain and enhance those two critical programs. Support from members like you is key in realizing our ambitions.

The Mission of the OSAP Foundation:

The OSAP Foundation advances association management and leadership through education and research. As OSAP's philanthropic arm, the foundation raises funds and invests in projects that directly support the educational and research advancement of associations in Ohio.

The OSAP Foundation Board of Directors:

Why Was the Foundation Formed?

“The OSAP Board of Directors and the organization’s staff strongly believe that the formation of the Foundation is key to guaranteeing the long-term success of the industry and is a strong reminder that by paying it forward today, we can ensure the best and brightest succeed tomorrow,” noted OSAP Board President Holly Dorr, Deputy Executive Director, Ohio Chapter, American College of Emergency Physicians, upon its formation in 2016. “Not only will this allow us to invest in the future of the industry, it will enhance the educational and research offerings that OSAP can provide to its members today. I personally am very excited about what this could mean for the future of OSAP and its long-term impact on bettering the association management industry.”

In addition to offering educational and research components to Ohio’s association industry, the foundation oversees the Shane Yates Memorial Scholarship, a fund that allows individuals, organizations and corporate partners to charitably donate to the development of association management professionals for years to come – an interest that was held in high esteem by Shane Yates, OSAP’s previous executive director who died unexpectedly in February 2016.

“By establishing the Foundation and looking at ways we can affect positive change and growth in the lives of association members, we are paying tribute to Shane’s memory and a profession in which he was so invested,” said Jarrod A. Clabaugh, OSAP’s executive director. “This scholarship and the overall formation of the Foundation highlight the core of Shane’s character: Taking care of others and building on professionalism. I can’t image a better way to pay respect to his legacy.”

Upon its official launch, the foundation announced additional information, including members of its board of directors and its vision for short- and long-term actions designed at moving the industry forward. Funds from the 2016 OSAP Holiday Luncheon were directed to the foundation and will be held for projects that further the foundation’s mission.

OSAP also foresees the foundation as a path forward in evolving more relationships with Ohio’s business sector and expanding its footprint outside of Ohio’s six leading metropolitan centers. The society will be looking to its membership and its active affiliate and CVB member relationships to drive the influence of the foundation and to help Ohio’s association management profession garner more attention as an industry of growth, long-term development and economic impact. 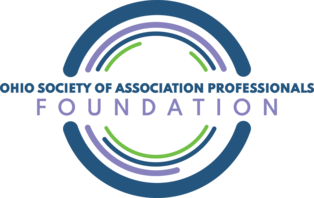 The OSAP Foundation supports and advances the needs of association professionals and industry thought-leaders in Ohio.

OSAP offers its Members Education, Networking, Perspective & Relationships. Everything you need to succeed.

Through the connections OSAP helps our members build, they develop relationships and friendships that benefit them on professional and personal levels.